Is anger holding you back from success at work? 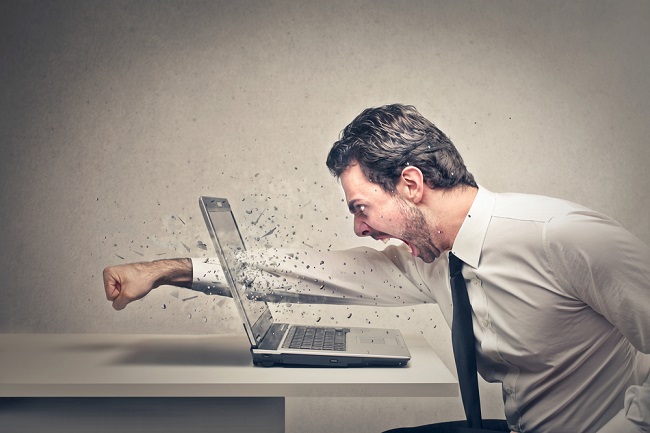 Mad that you were passed over for a big promotion again? Livid that the bootlickers always seem to get ahead in your organization? Perhaps it’s time to consider whether the anger itself, however legitimate, is holding you back. Evidence suggests many of us are walking around the office feeling resentful, though we may be unaware of the cumulative toll bitter actions take on our careers and coworkers.

According to a report by Donald Gibson of Fairfield University and Sigal Barsade of Yale University, one out of four employees is substantially angry at work. The study, “The Experience of Anger at Work: Lessons from the Chronically Angry,” indicates most workers are not so angry that they’re ready to cause the boss physical harm, but they are angry enough to sabotage him.

Workplace anger is not only potentially harmful to the organization, but it can also cause serious health problems, including chronic anxiety, depression, high blood pressure and heart disease. Learning to deal with your anger constructively will improve your well-being and make you a more desirable and promotable employee.

Why Are So Many Employees Angry?
According to Gibson’s survey, workplace anger is most often directed at an employee’s supervisor or the organization in general. “Feelings of anger at the individual level are a signal that a wrong has been committed or that goals are being blocked,” Gibson says.

I spoke with twelve employees from a variety of businesses about their anger at work. Each felt that one or more of the following caused the anger:

Sometimes the anger may stem from outside sources. Many times, employees are dealing with stressful events in their own lives, and the resulting anger can carry over to the workplace. Divorce, a death in the family, financial pressure, and serious illnesses can all cause an individual to become overwhelmed and irritated. Rarely are we taught to deal with loss and stressful situations, so we tend to bury those feelings, which can turn to anger or rage over time.

Steps to Control Anger Constructively
We all become irritated or angry every now and then. What can we do to control that anger and be more constructive? Gibson, who cowrote “Managing Anger in the Workplace” as a follow-up to the survey, offers the following strategies for controlling anger:

Looking for more tips on how to handle your career? Click here

5 Tips to Simplify Your Work Life in the New Year

Why a work-life balance is important for productivity

Improve your Productivity with These 5 Yoga Poses

5 Tips to Simplify Your Work Life in the New Year

Why a work-life balance is important for productivity

Improve your Productivity with These 5 Yoga Poses